Another great giveaway -actually a week full of great giveaways. So hop over to check it out. Just don't leave a comment for today ok? I really want that tote. Just wait til tomorrow!

http://simplyfeather.blogspot.com/2010/07/savoring-last-days-of-summer-day-3.html
Posted by Miranda's Minutes at 10:12 AM No comments:

Check out this great blog for some wonderful inspiration, cute kids, gorgeous decor, PLUS a Giveaway!

jonesdesigncompany.com
Posted by Miranda's Minutes at 10:30 PM No comments:

I may or may not have made a supper tonight that consisted of only carbs and gravy, but every so often I can actually make something good. A couple weeks back, I threw a bunch of stuff together and actually came out with something really yummy.

1. Throw a chicken breast in a skillet and let it cook. I cut it into smaller pieces so that it would cook evenly. Let cool, and then shred. I use two forks and just pull the meat apart.

2. Pour a buffalo chicken sauce over your chicken. I used the Budweiser Mild sauce.

3. Boil some water, and cook your pasta in it, I used macaroni noodles. Cook to al dente, drain, the usual.

4. Mix together the buffalo chicken and the noodles. Mix in a good ol dollop of cream cheese. I happened to have whipped cream cheese on hand.

5. Pour into an oven safe dish and then sprinkle some cheddar cheese on top. Put in a 350 oven for about 10 minutes. Maybe? I don't really know, but that seems about right.

6. Take out of the oven and enjoy the cheesy, tangy, deliciousness. And the leftovers are just as good!

That's it- simple, yummy mac and cheese with a twist. I loved it, Mark was even impressed. Definitely a make again.

And because it's been too long, I wanted to share some pictures of my baby!

This is his toy, he is almost obsessive with it.

Me thinks mommy needs to buy a bigger pool. 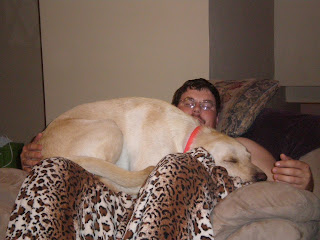 This is my life, this is what I get to look at (and laugh at) every night.
Posted by Miranda's Minutes at 10:23 PM No comments:

Labels: Cody, Enjoying, How To Amuse Me, What's for supper?

Last weekend Mark and I spent the weekend in Kansas City. Every so often we decide to act like we're a young, married couple-that even loves each other. The first night we headed down to the Power and Light District for a little bit of fun. We got there in time for a bit of a free concert by a Beatles tribute band, and a little Yellow Submarine to belt out.

And then, after that fun singalong, we wanted some more, so we headed into the dueling piano bar, Howl At the Moon. Let's just say, a good time was had by all. 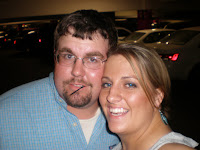 And yes, my husband loves himself a straw to chew on. It could have been a cute picture, oh well-we tried!

We played a lot of slots, and by played I mean lost a lot of money at, but we had some fun. But we did very well at the little grill/eatery that was on the way out of the casino, back to our room. French fries, sandwiches, burgers, soda, hot dogs, we hit the jackpot.

Then Saturday morning we had some great plans to hit the Farmer's Market, but that King sized bed was just too tempting. So by the time we got up, got showered and ready, we made it just in time for a little tiny bit of shopping at an antique store and a couple crappy kitschy places, we headed over to Kauffman Stadium. 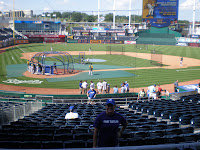 My honey splurged on the tickets as part of my birthday present. We were just about 20 rows up a little to the right of home. Perfect seats on an unbelievably sweaty day. 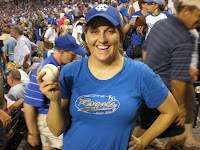 And then there's the fact that I caught a foul ball. Yep, caught it, with my own bare hands, it wasn't rolling on the ground, nothing like that. It just bounced off the top deck and the kid sitting behind me in pink shorts with embroidered martini glasses on it tried to catch it, but he didn't. (So yes, he slowed it down. But still he didn't catch it, and that's kinda what he deserves for wearing such a ridiculous outfit.) I bobbled it a couple times, but pulled it in-like the champ that I am. So thanks honey for a great birthday present, a good time *wink wink*, and a chance at such an awesome souvenir like a foul ball!
Posted by Miranda's Minutes at 8:25 PM 1 comment:

Harvest 2010 and my modeling debut

I'm a lucky gal, my best friend happens to be a photographer. And with that, comes lots of opportunity to get some great memories in print. Now if only I was an actual model, the world would be perfect.

But anywho-the other evening we went up to the farm to take some pictures of the wheat harvest. And below is exactly why I love living in Kansas.

I can't decide if I like it better in color or the sepia tones.

Love LOVE love this one.
Posted by Miranda's Minutes at 7:53 PM 4 comments: 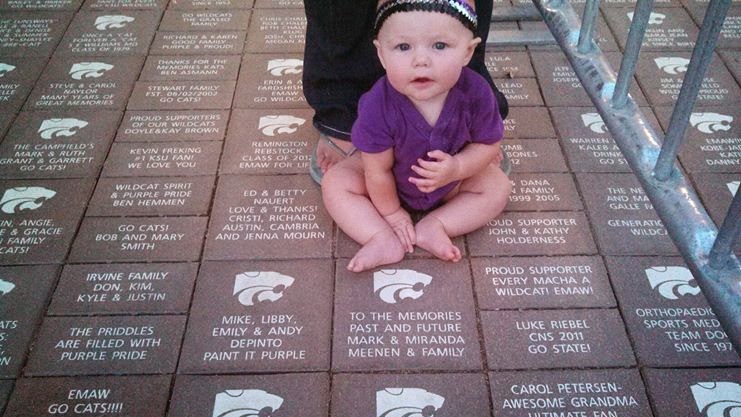 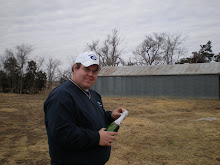